The Core Principles of Beautiful Living (Part III): The Virtue of America’s Founders

The Founding Fathers (and Mothers)

The Founding Fathers and Mothers of American Independence were taught both according to the religious principles of the Bible's Old and New Testaments and according to the Greco-Roman ideologies of classical education which included the idea that a virtuous life was the end goal of a fully developed and highly functioning human. A few examples of those who pursued and encouraged the pursuit of virtue were Benjamin Franklin, George Washington, and Abigail Adams. There are so many more, but this is a good beginning place:

Franklin developed his own list of personal virtues when he turned 20 in 1726. It was intended to be a system that would develop his moral character. In his autobiography, "The Autobiography of Benjamin Franklin," Franklin listed his thirteen virtues as:
He wrote the qualities in a journal, attached it to his weekly calendar, and kept track of his progress. Even though he found his progress was much slower than he expected, he did not regret his objective: conscious self-reflection and improvement based on a system of order.  Have you thought about your own system of personal improvement?  What has worked for you?

As a teenager, George Washington researched and organized a handwritten booklet of manners which he titled, "Rules of Civility and Decent Behavior in Company and Conversation." Ultimately, he recorded 110 rules of etiquette so he would be prepared to enter not only the social circles of his beloved, older, half-brother Lawrence but the business circles he also hoped to enter in the future. An example of some of these personal standards include:


#1. Every action done in company ought to be with some sign of respect, to those that are present.

#5. If you cough, sneeze, sigh, or yawn, do it not loud but privately; and speak not in your yawning, but put your handkerchief or hand before your face and turn aside.

#7. Put not off your clothes in the presence of others, nor go out your chamber half-dressed.

#22. Show not yourself glad at the misfortune of another though he were your enemy.

#56. Associate yourself with men of good quality if you esteem your own reputation; for 'is better to be alone than in bad company.

#67. Detract not from others neither be excessive in commanding [attention to yourself].

#108. When you speak of God or his attributes let it be seriously & with reverence. Honor & obey your natural parents although they are poor.

#109. Let your recreations be manful, not sinful.

#110. Labor to keep alive in your breast that little spark of celestial fire called conscience.

He's so cool! You can find the entire list by clicking on this link: George Washington's Rules of Civility & Decent Behavior. As Washington aged, and had opportunities to influence many others, he continued to learn and value all virtues in multiple arenas, both private and public. As an aging public servant, Washington was nicknamed 'Cincinnatus' based on the story of a Roman of the same name who was honorable and admired by his countrymen in previous military roles, but who had since retired to his country home in order to farm. When his country's safety was again jeopardized, Cincinnatus left his plow in the field and answered the call to serve, despite his old age. Roman virtue teaches to put God, country, and family over self--always. Washington lived this way.

Seven years before the first U.S. Constitutional Convention even met, three years before the Revolutionary War ended, Abigail Adams wrote a letter to her son, John Quincy Adams dated January 12, 1780. At the time of this writing, John Quincy Adams was traveling with his father, John Adams, and younger brother on a leaky ship across the ocean during a time of war, to Paris. His father was tasked to negotiate peace with England. John Quincy was only 12 years old at the time. After encouraging him to take full advantage of his opportunities to learn from his travels with his father and counseling him to be diligent and steady, Adams wrote this:


These are times in which a genius would wish to live. It is not in the still calm of life, or the repose of a pacific station, that great characters are formed. Would Cicero have shone so distinguished an orator if he had not been roused, kindled, and inflamed by the tyranny of Catiline, Verres, and Mark Anthony? The habits of a vigorous mind are formed in contending with difficulties. All history will convince you of this, and that wisdom and penetration are the fruit of experience, not the lessons of retirement and leisure. Great necessities call out great virtues. When a mind is raised and animated by scenes that engage the heart, then those qualities, which would otherwise lie dormant, wake into life and form the character of the hero and the statesman. (Source: http://entersection.com/posts/1138-abigail-adams-on-the-stormy-springs-of-virtue)

Clearly, Abigail Adams is acquainted with the characters of the Roman Empire as it faced decay and dissolution in its time. She calls upon her son to embrace the virtues of Cicero, who, according to the Encyclopedia Britannica was the “Roman statesman, lawyer, scholar, and writer who vainly tried to uphold republican principles in the final civil wars that destroyed the Roman Republic” (Source: https://www.britannica.com/biography/Cicero). She teaches him that virtue, an expression of a great character, is called upon in times of distress. She is a pillar of this principle having endured the quarantine and persecution of Boston’s citizens under British forces prior to the outbreak of the Revolutionary War in 1776, and having stood behind and counseled her husband as he defended British soldiers associated with the Boston Massacre. I deeply admire her. She is deeply loyal to her family, her faith. She is self-educated, having had no formal education, but studies from her family’s home library as a girl. She loves knowledge and she turns it into wisdom by applying it to herself and to the circumstances of her world.

The pursuit of virtue is not about having to be perfect or waiting for perfect people to lead. It’s about seeking the ideal and practicing it to the best of one’s ability according to one’s best knowledge and understanding. Ability, knowledge, and understanding are not static. They can increase and decrease. Virtue acquisition shares the same organic nature. It is a regular choice that needs to be made as consciously and as regularly as needed. It needs to be protected, defended, fed, and nurtured like all living things. 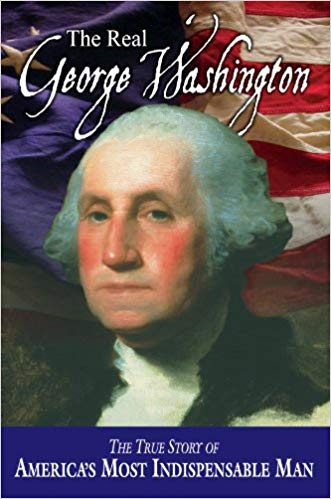 My Dearest Friend: Letters of Abigail and John Adams by Margaret A. Hogan and C. James Taylor 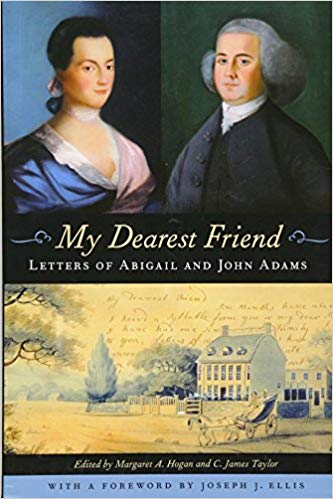 Principles of Virtue (Thank you, Cicero!)

Here are a few principles associated with virtue that I found when searching for quotes about virtue. They are all written by the great Roman statesman Marcus Tullius Cicero who spent a great deal of his adult life trying to teach ideals to his decaying society. Enjoy!

"Since an intelligence common to us all makes things known to us and formulates them in our minds, honorable actions are ascribed by us to virtue, and dishonorable actions to vice; and only a madman would conclude that these judgments are matters of opinion, and not fixed by nature."


Virtue Begins in Our Thoughts

"Virtue is a habit of the mind, consistent with nature and moderation and reason."


Behavior Reveals Virtue (or its Absence)

"We should not be so taken up in the search for truth, as to neglect the needful duties of active life; for it is only action [what we act on or do] that gives a true value and commendation to virtue."


Virtue is the Foundation of all Healthy Social Connections: Family, Friends, and Civic
"It is virtue, virtue, which both creates and preserves friendship. On it depends harmony of interest, permanence, fidelity."

"It is virtue itself that produces and sustains friendship, not without virtue can friendship by any possibility exist."

"The best Armour of Old Age is a well-spent life preceding it; a Life employed in the Pursuit of useful Knowledge, in honorable Actions and the Practice of Virtue; in which he who labors to improve himself from his Youth, will in Age reap the happiest Fruits of them; not only because these never leave a Man, not even in the extremest Old Age; but because a Conscience bearing Witness that our Life was well-spent, together with the Remembrance of past good Actions, yields an unspeakable Comfort to the Soul."


I'll end this three-part post on the core principles of Beautiful Living Systems with the quote I began it all with:
"...If there is anything virtuous, lovely,
or of good report or praiseworthy,
we seek after these things."


What we seek we will find.  What we find will occupy our lives, our thoughts, our perspectives, our action, our relationships, our quality of living.  Seek the best.

I'd love to include you in my list of followers!  To do this, please click on the blue 'follow' button to the left of this article.  And please invite a friend to share these articles with.  They can help spark important discussions about the nature and meaning of Beautiful Living. You'll get to know your friends and yourself better. Until next time, find the best way you know how to...

Heather Butler
Founder and CEO of Beautiful Living Systems
on March 04, 2020
Email ThisBlogThis!Share to TwitterShare to FacebookShare to Pinterest 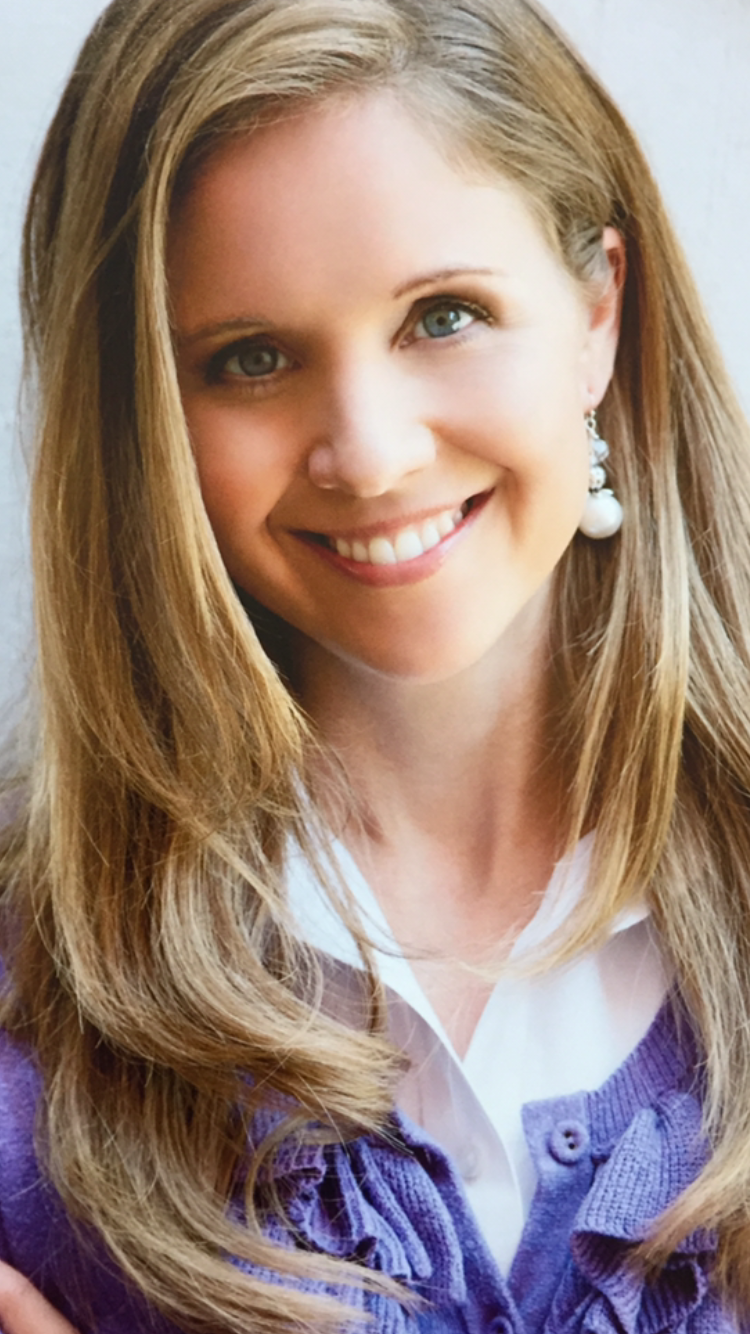 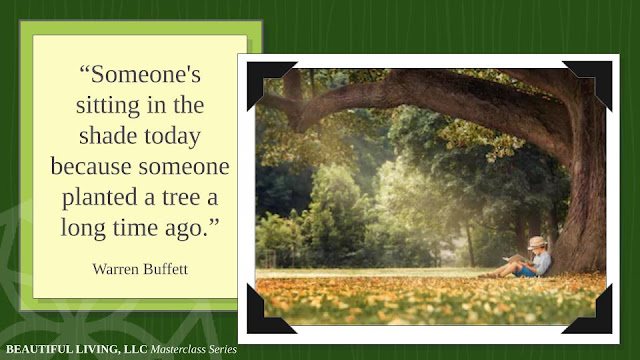